A place to keep us informed of the goings on in your tanks. - Tank Logs
Post Reply
284 posts

Ok so first up I'll unashamedly say much of this has been covered in myoriginal "Patience" thread however not all of it and hey, this seems the place to leave a log

My journey with my first ever tank began on 21st Aug when I ended up buying an 80 litre tank late one night from ebay. The frame itself is made of a granite like kitchen worktop material which even when empty weighs a ton and it was sold as a "coffee table " style tank.

Myself and my GF had been talking about getting some fish for a short while and key to getting this one is that it would fit perfectly in the fireplace in our snug. At this point I knew zilch about fishkeeping.

So the next weekend I took a trundle from Wigan over to York to pick it up before returning home and making what could so easily have been mistake  #1 and that would be not leak checking it first before putting it in position. Fortunately there were no leaks.

This is where with hindsight  I made mistake #2 and that would be not using water conditioner on the initial fill. I did however leave it sit for 2 days before visiting the LFS (see I'm getting the jargon lol) where my education began (and which has improved greatly since finding this community). NB I did actually take a water sample with me on my first visit there.

Came home with 4 Platys (2 Orange & 2 black plus some water conditioner, filter medium, gravel, an Aqua One 102F filter  and a whole load of advice on cycling the tank). At some point along the line I may well have bought a Tardis to "compliment" the plastic plants my GF had bought (TBH if she had had her way the tank would have been filled with fish day 1 as well).

The first change was to switch to Sand (which also led to mistake #3, forgetting to switch off the heater when draining the tank) as the substrate as by now I  had a better idea of what fish stock I may be aiming for (Platys, Neon & EmberTetras & Panda/SkunkCorys) and also I was already thinking of switching to live planting.

Wasn't very long before the skull like rock, plastic plants & Tardis were gone to be replaced with 2 more pieces of bogwood and a variety of Swords & Java ferns which is pretyty much where i am today with the residents being the original 4 Platys (which may or may not survive my soft water as discussed elsewhere) being joined last Saturday by 10 juvenile Neon Tetras. 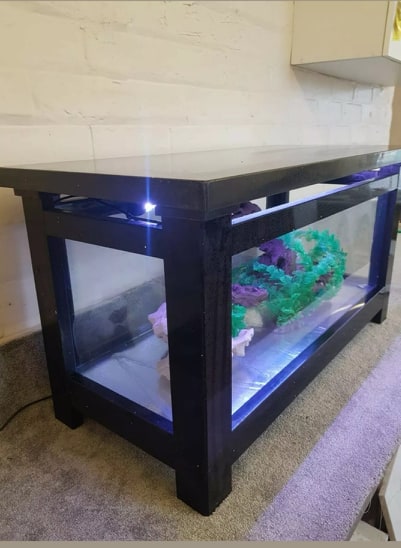 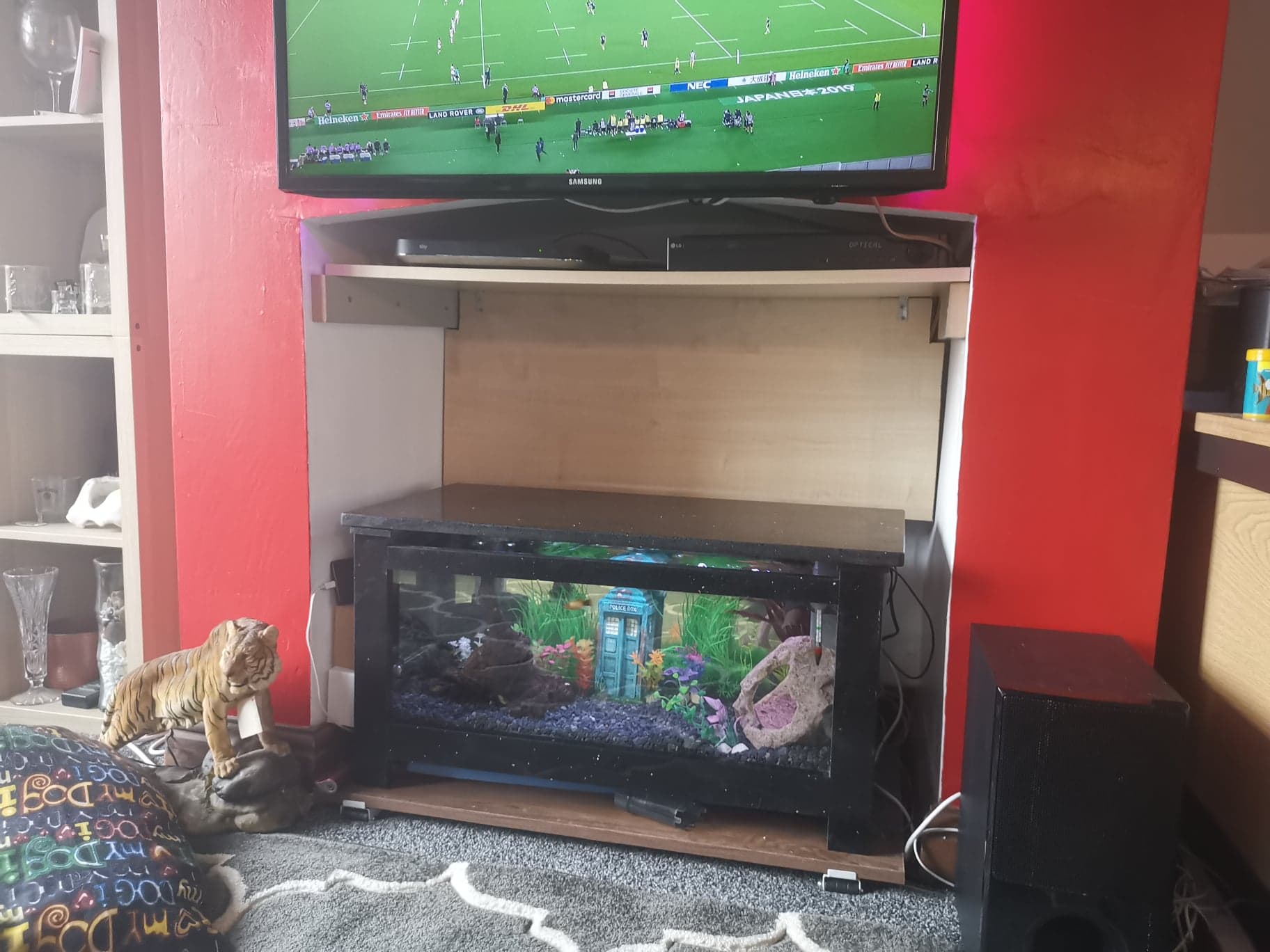 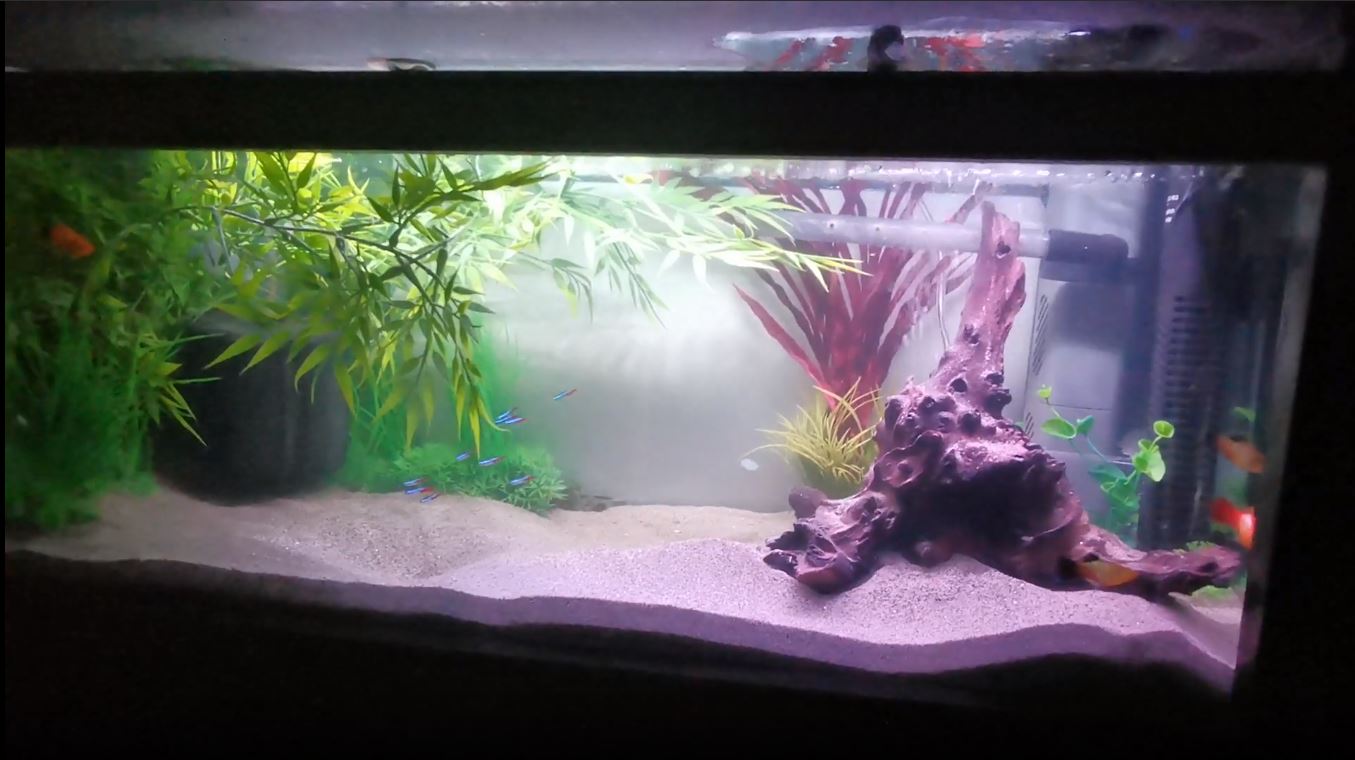 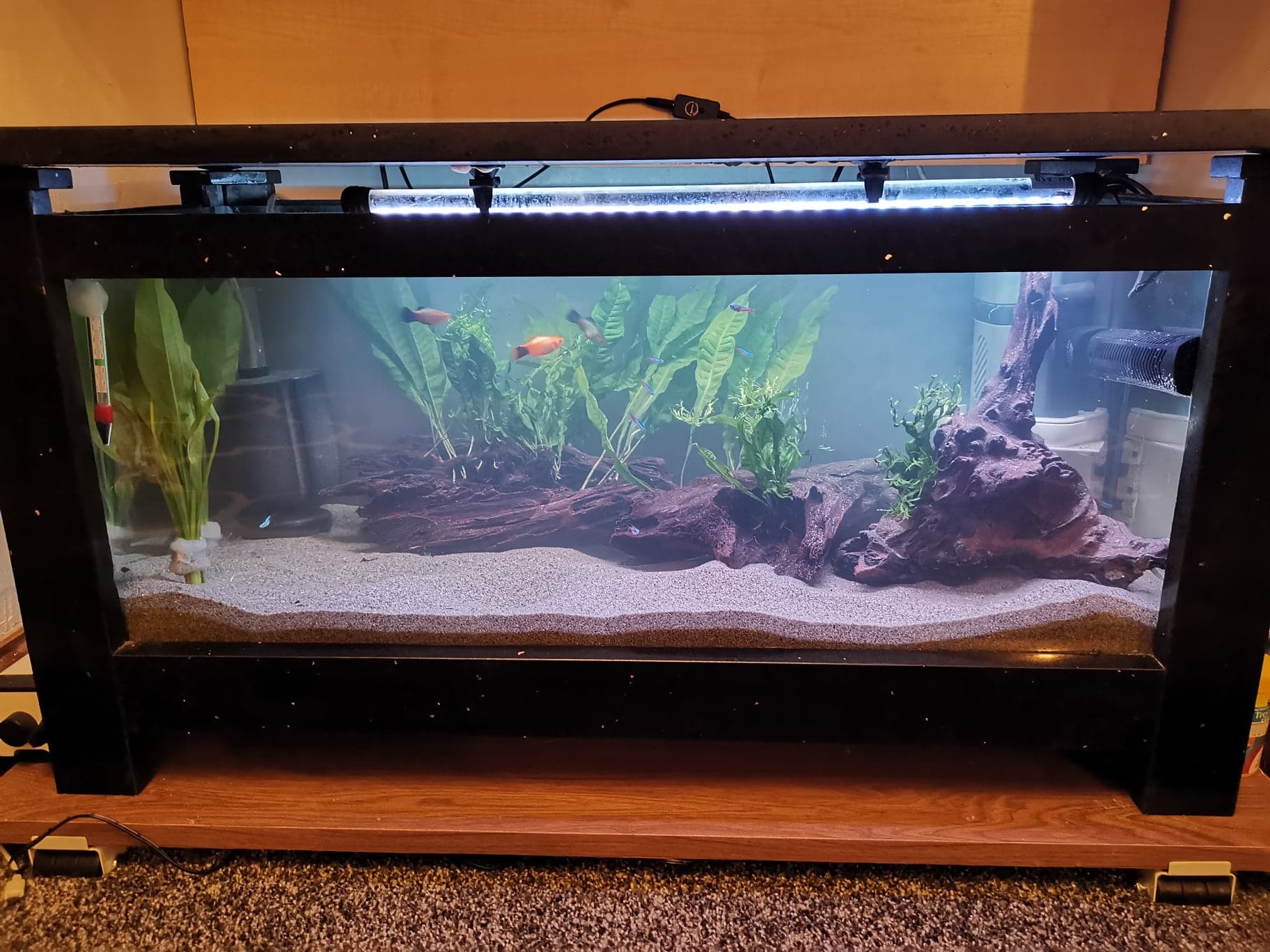 A great start to your log Mike.
I must admit I do prefer the newer versions.
Sand is so much nicer than gravel whilst real wood and live plants are more attractive.
Great job.

To bring that up to date (inc today)

Curious, wonder what caused the dip in the PH yesterday morning?

Looks to be stabilising.

All my posts are from a desktop.
Mobiles are way too complicated for me, although I do have one now.

Ah, counting neons is a fun past time isn't it?

As for the pH, perhaps something is buffering your tank a little, or there has been a change to the tap water? I'd be inclined to test the tapwater first.

Lovely looking tank. I'm also a sand convert, especially as it allows you to keep corys and the like. However, I do like a TARDIS...

Sent from my HTC U11 using Tapatalk
Top

I have plans formulating to resurrect the TARDIS elsewhere ;o)

Ah, sorry I misread it. Thought it had gone up. Not sure on that one then sorry.

Be warned, this hobby is addictive. I got my first tank in march. I'm now cycling my third, which is for my daughter of course.