A place to keep us informed of the goings on in your tanks. - Tank Logs
Post Reply
99 posts

So here's my intro. Apologies, it really should be the first post

My fish keeping journey started in about May 2017. my sister gave me a Juwel 125l 2ft wide tank. I was pretty ignorant and just thought fish were fish and that my lfs would steer me in the right direction. I stocked it with Guppy, 5 Red Wagtail Platy, Neon Tetra, 2 Cory Aeneus (Albino), a Rainbow Shark, a Sailfin Pleco and 2 Angelfish. Pretty horrific stocking.

I decided to look up more info on the fish I had a little while later. Not good reading. I lost all my Platy and Neons, and quite a few Guppy. The two Angelfish were returned to the lfs. Due to seeing so many large Plecos in tanks at the lfs that had been returned by customers, me and my OH decided we would keep up constant water changes on the tank and save to get a bigger tank.

In about June 2018 we got an Aqua One 5ft 405l tank which we run 2 Aqua One 1050 external filters and an Aqua One Ocellaris 850 external. Out of the original stock we have the Sailfin Pleco, the Rainbow Shark and the two Albino Cory. We now have 3 more Albinos and 5 Bronze Cory. We have also taken my step-daughters 2 Clown Loach and got 3 more to make a group. There is no plans to add anything else to this tank.

Due to unstable and often very hard water parameters by our water supplier we have installed an RO System. The 125l tank does not have any permanent inhabitants atm, but since we can now customise the hardness the choice will be greater.

I am quite excited that my OH is very much on board to get a larger tank in about a years time. Probably 7 or 8 foot, this will be great for the Pleco and Clown Loach, possibly allowing for another 2 Clowns. Financially this will have to be secondhand, and will require using a man with a van to collect it for us.

The 5ft tank has been carefully laid out to leave good open space to give the Sailfin Pleco plenty of room to move around, with a big cave he has made his home. There is also plenty of shade for the other fish, the Rainbow Shark loves his Resin Bamboo Tube. We had a lot of Black Widow Tetra but gradually lost all but one of them after a burst pipe flooded the house knocking the electrics off. The bottom feeders actually seem a lot happier without them in the tank, hence why we are not adding any additional fish.

Despite the mistakes and stress I have been through on this journey, I would not be without my fish. I have learnt a lot and can't believe what a 125l gifted tank has led to. I can't get out the house now and my fish have given me the opportunity to feel like I am doing something good (or at least trying).

Well I think that's most of my story. If you managed to read it all, well done!

Some pics of our Clown Loach 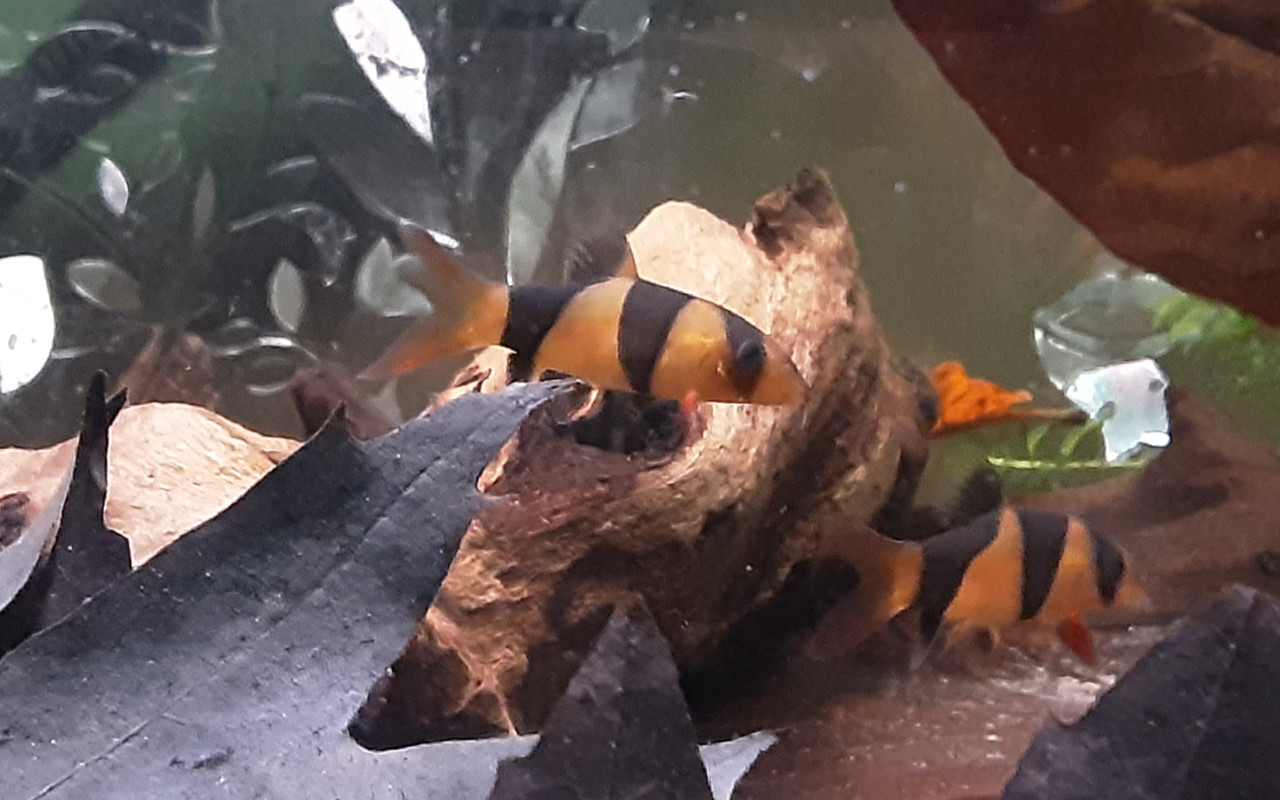 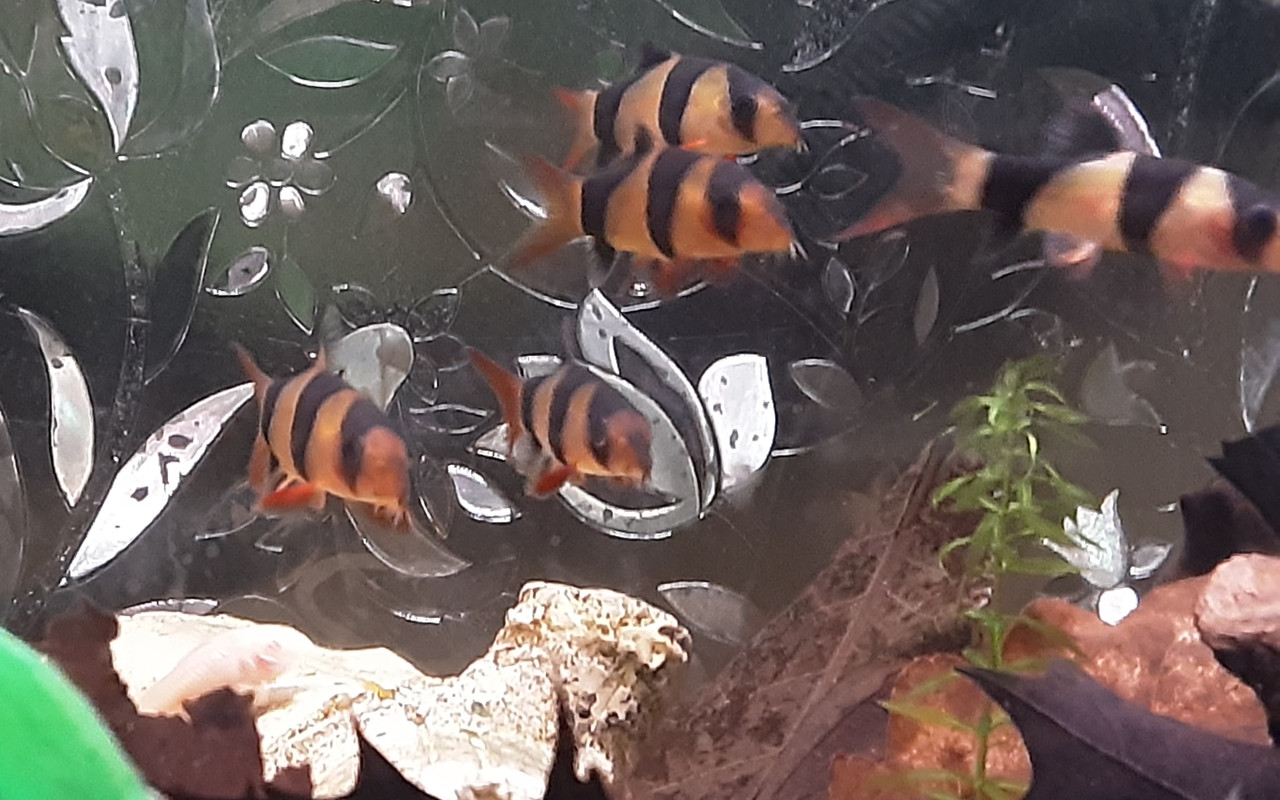 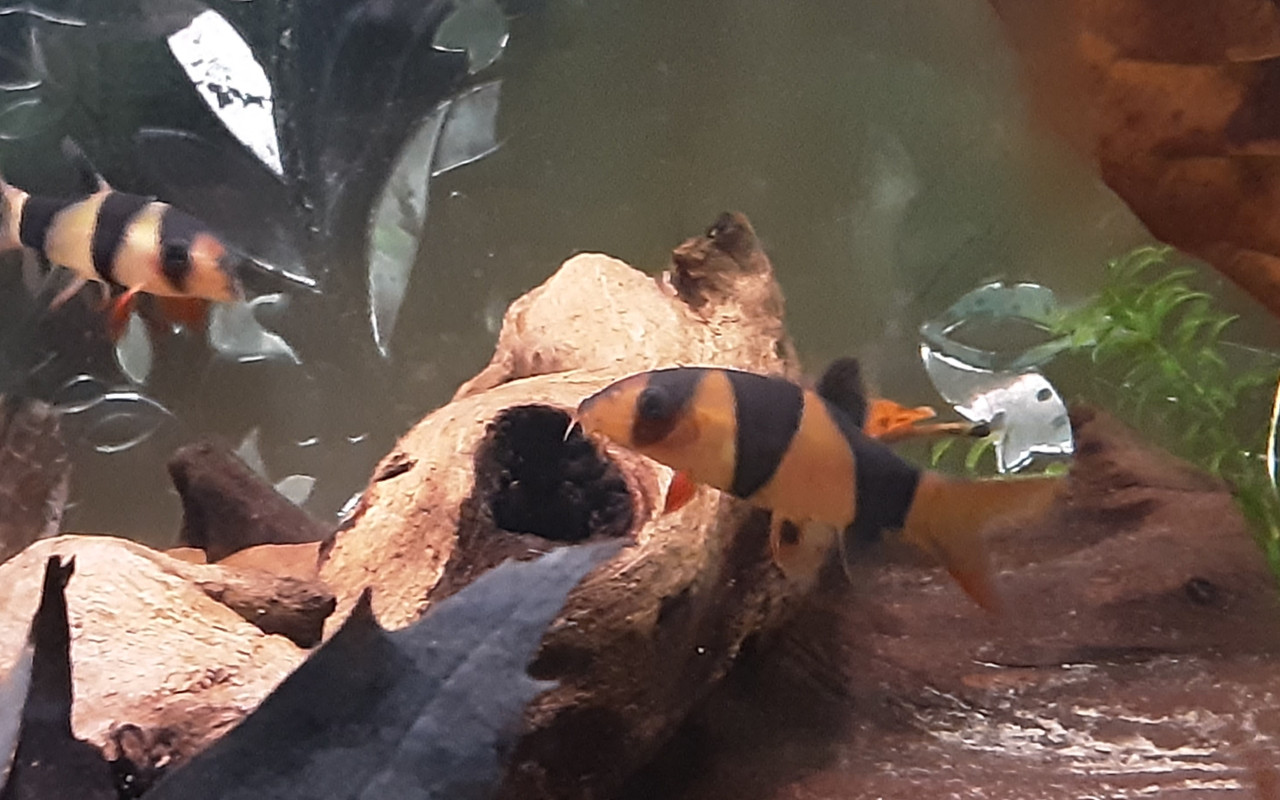 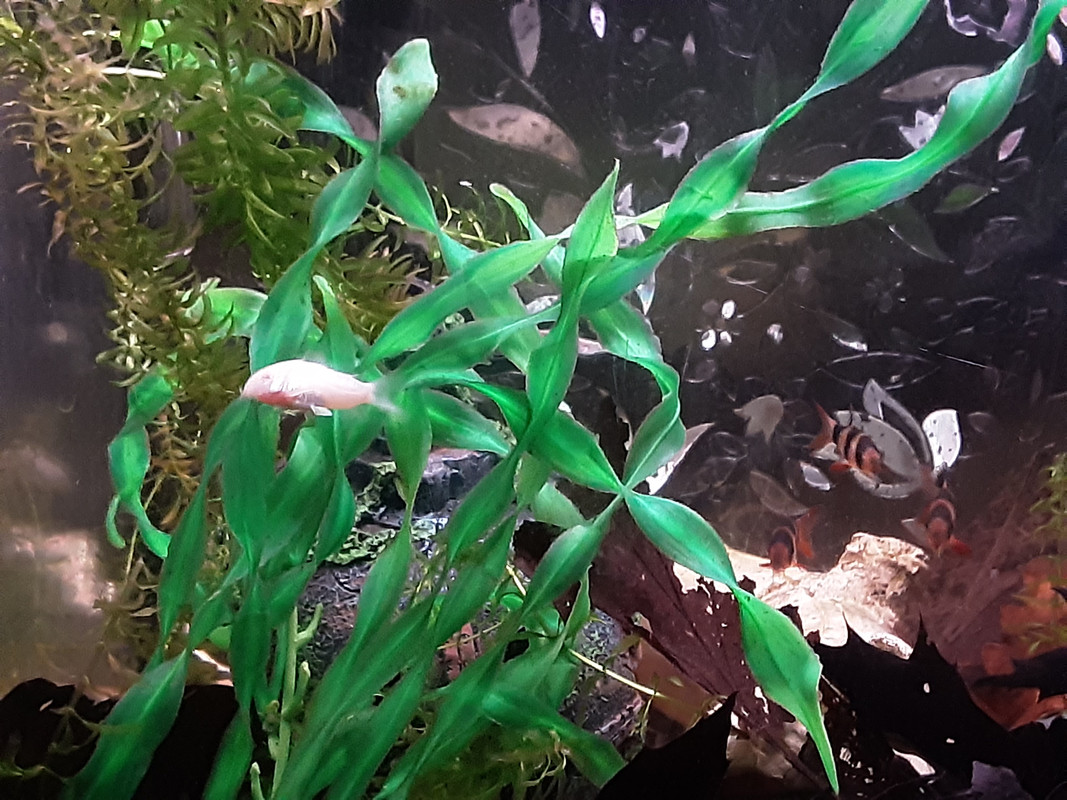 Nice to see clowns in a group

Love your constant upgrading of tanks - I'm sure your fish will appreciate the extra space.
From what I've seen, you should be able to pick up large second-hand tanks fairly cheaply. Due to their size there may not be many people being able to accommodate them so when someone is trying to downsize they go for very little money (comparatively speaking).
Top

Ric wrote: ↑
Thu Feb 13, 2020 12:48 pm
Love your constant upgrading of tanks - I'm sure your fish will appreciate the extra space.
From what I've seen, you should be able to pick up large second-hand tanks fairly cheaply. Due to their size there may not be many people being able to accommodate them so when someone is trying to downsize they go for very little money (comparatively speaking).

I really hope so @Ric We have worked out we can put £40 a month to one side to save for the bigger tank. During this time I am going to work on persuading my OH that keeping our 5ft tank is a necessity, and that removing the sofa in the front room instead is the sensible thing to do

They didn't state what kind they were, so that's very interesting to know. Thanks

Love the clown loaches, they are going to get very big.
Top

Yes that's why I am so excited about the bigger tank