A place to keep us informed of the goings on in your tanks. - Tank Logs
Post Reply
21 posts 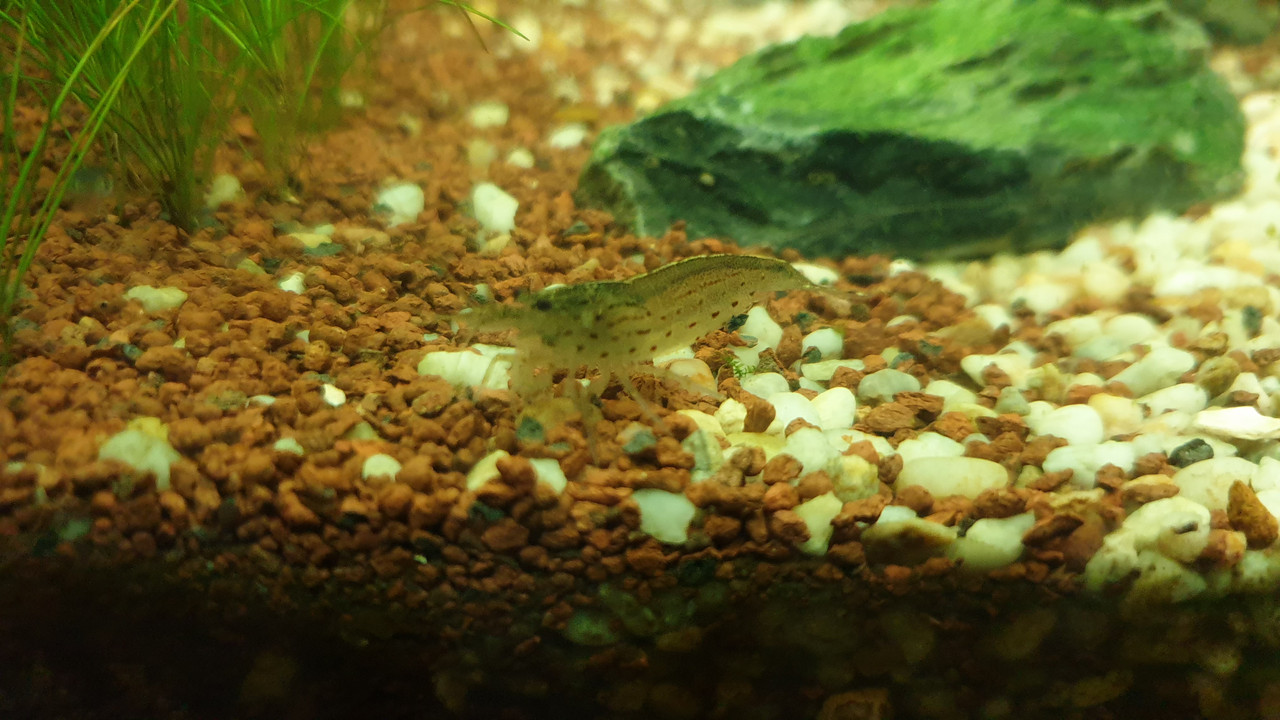 Yup that one certainly is. You sure the baby isn’t a wild coloured cherry?
Back to Basics
Back 2 Basics
Fr499y’s shrimp tank 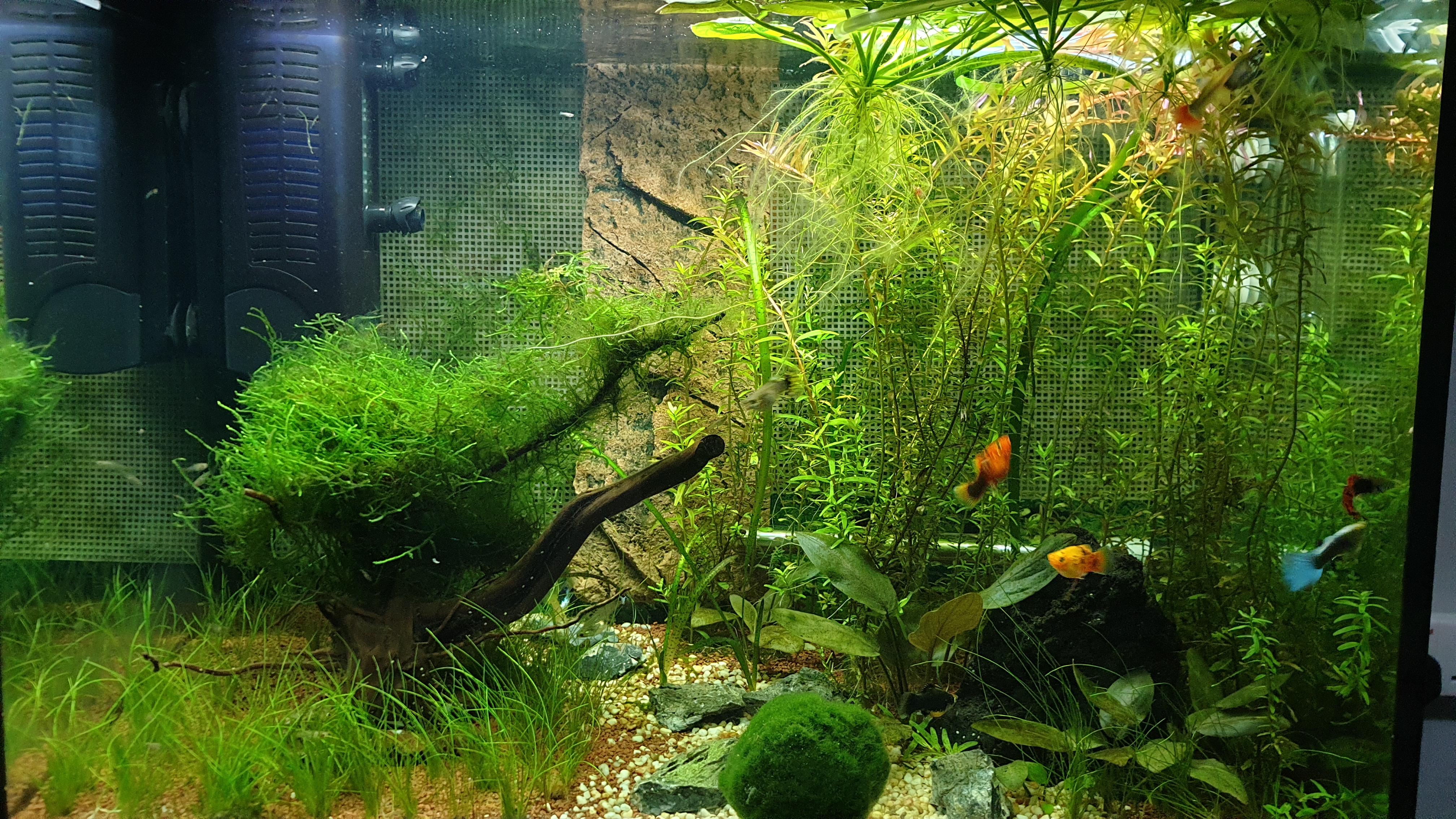 Yesterday's water-change flushed them out! I think it's both of them rather than one beaming itself across the tank within a few seconds! 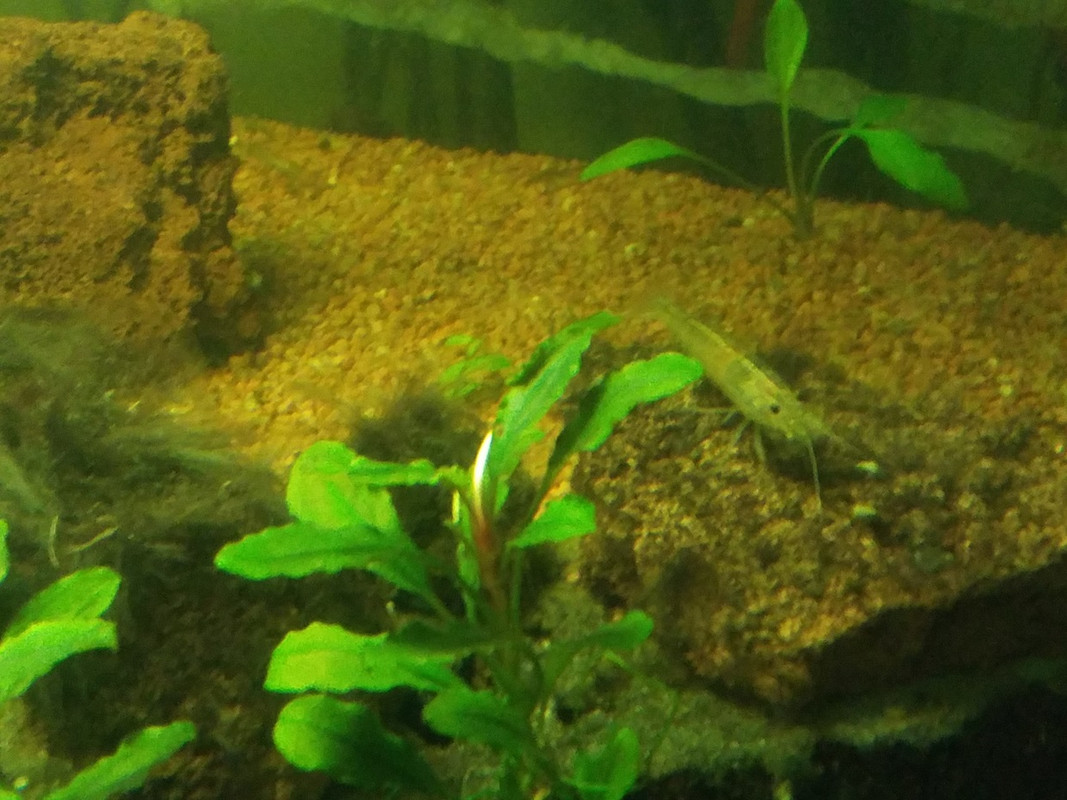 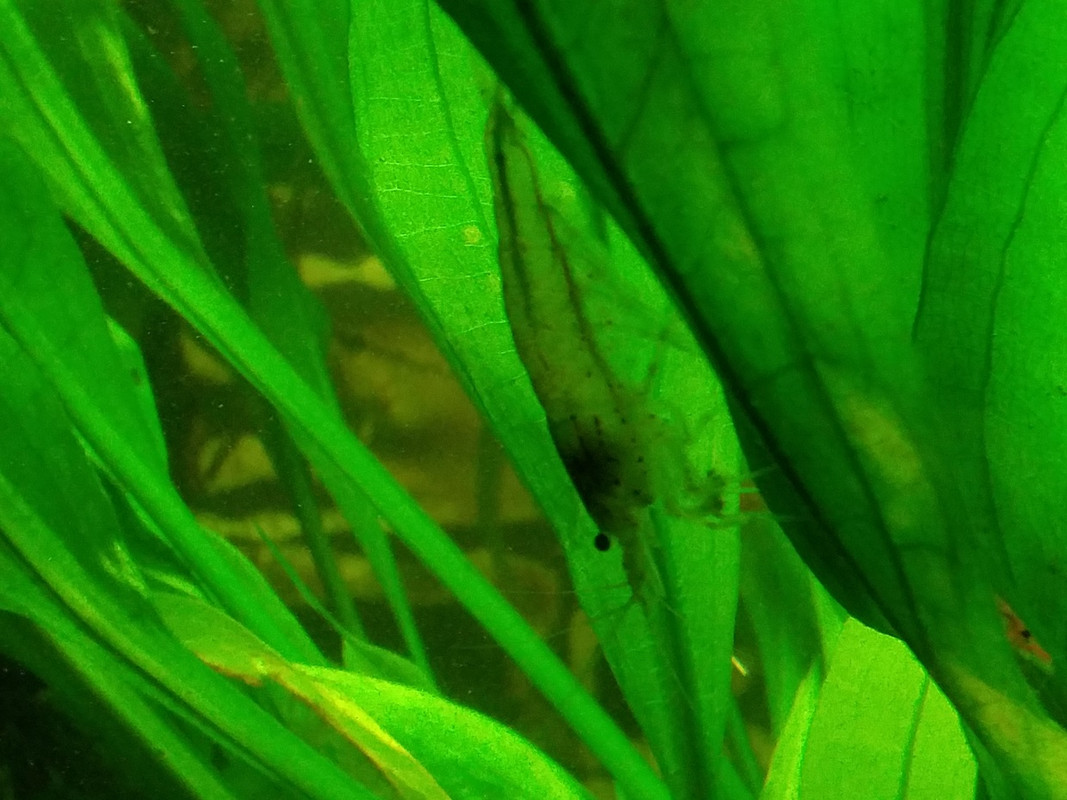 "Earlier this evening I went to close the patio doors, which entailed passing my Apisto tank. For some of you who may remember that thread, it's the one in which Mr. & Mrs. BN produced, and are continuing to produce, offspring. Anyway, as I passed I noticed a dark patch, front and centre of tank, so I went to check it out. It's where I dropped in a couple of algae pellets earlier. They're usually accounted for in pretty short order, so I was a bit worried that the dark patch was uneaten food and that, therefore, something must have happened to the residents that do the accounting!

I couldn't believe what I saw. I rubbed my eyes and looked again, then wandered around for a while before going back to triple-check. But it was confirmed: the dark patch was in fact a mob of Amano shrimp that had fallen on the algae pellets.

Nothing unusual there, you may say. Except that there were eight shrimp. When I set up the tank 3+ years ago, I put in only six. Up until today I have never seen more than four of them at any one time (the tank is full of frogbit and its roots, plus some substrate plants, mosses, Anubias etc.). Presumably there could be other new ones lurking in the tank's darker recesses.

Received wisdom says that Amano shimplets need salt to prosper, in simulation of them being washed downstream to their home-rivers' estuaries. But I've never put salt in the tank".


I sold the above tank in 2015. While moving its livestock prior to the sale I found two Amanos ; I'm pretty sure they were offspring of my original six (I hadn't, and haven't bought any more since 2007). Their lifespan is only about three years according to internet resources, so the original six would likely have died. Anyway I moved these two found shrimp into my Rio400 in 2015 - which makes them now very much older than three years ... unless the two pictured above are offspring of the two moved in 2015, of course! Parameters in the Rio400 at the moment (I checked this morning as I generally do the day after a water-change) are typical of what they've been over the last few years : temp 25C ; conductivity 96uS/cm (has been as high as 150) ; pH 6.8 ; GH I don't routinely test for but it'll be <1d ; KH ditto.


[Edit : I've just read to the end of my 23/06/2010 thread and see that 'fishgeek' (an Australian vet, if I remember rightly) added : "there may be more than one species.
old lfs reports similar happenings in there tanks over time". He didn't explain how he came to suggest multiple species of Amano, though. Has anyone else come across that suggestion in their reading?]
Top

Yes i believe there is another breed of shrimp that looks exactly the same as amano, and is often confused.
Back to Basics
Back 2 Basics
Fr499y’s shrimp tank

I remember that @Vale!, I've never found multiple species mentioned anywhere.
It may also be that the original stock came from somewhere where there was no access to salt water perhaps, so not a different species but just a different "adaptation" if that's possible?
Top

so it been a while since this post and today I find a amano with what I believe is eggs What you think guys?
Eggs?
Will it happen again and if so why does it happen in a fresh water?
Create Not Hate

Yup, she'll carry them around as zoes, but they hardly ever survive in freshwater once released.
Top

Here another video this one got a bit more...
Even one a young Amano who I believe was born back when I first posted.
You can see she moves the eggs around in this video.
What you think.
Create Not Hate