Hello!
Honestly all I'm asking for is for someone with a/who has had a SAP in a community tank to clarify if what the article says is true, I'm not willing to put my fish at risk of being injured etc by a bad decision I've made because I really want some kind of puffer.

In short the article is saying because they lay eggs and leave they're unlike the others as they will not become territorial over that and just genuinely seem to always be on the move which is the opposite of every other puffer resulting in them not being so vicious..

Also if anyone could recommend a puffer they have that's fine in an aquarium with other fish I'd really appreciate that.

Not to sure about Puffers, sure someone here will have an inflated answer.

...I'm going for long drive to check if my piles to are OK

Welcome to the forum.

I'd be very wary of puffers in anything but a species-only tank.
Anything with teeth, and puffers have bigger teeth than most other fish, is likely to cause a problem at some stage.
A tankful of them would be pretty awesome though.

Thanks guys, also here is a picture of my tank, had it running a month 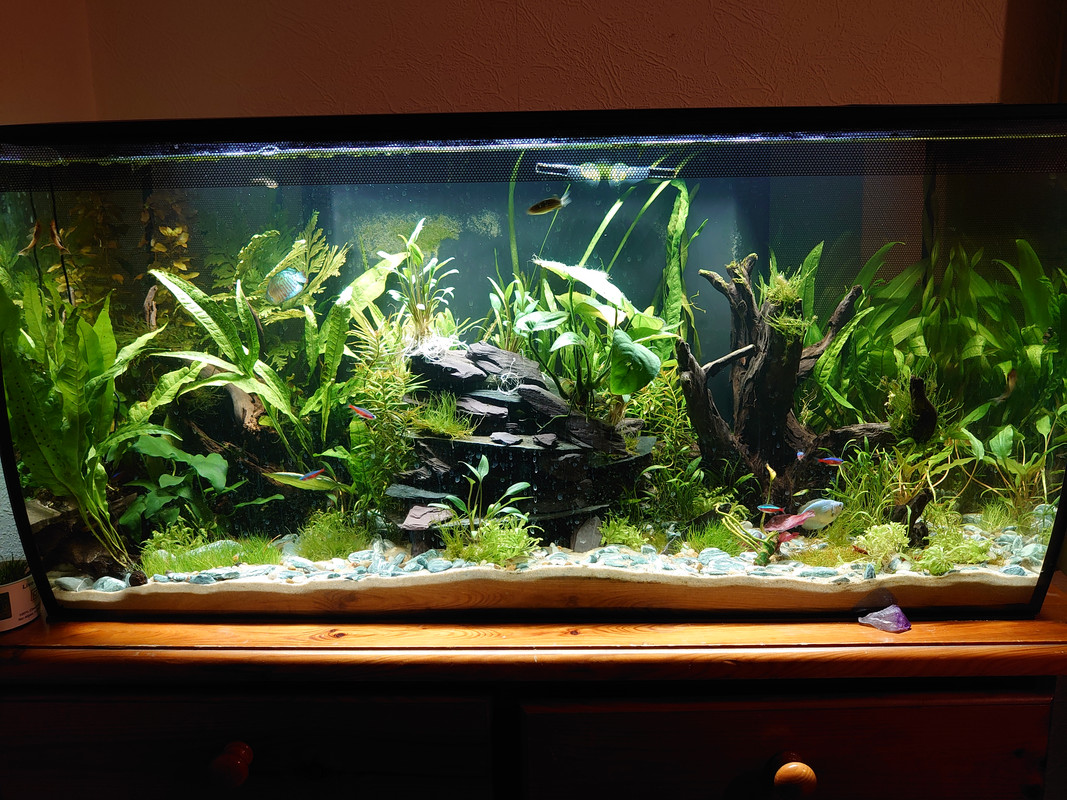 I'd be very wary of puffers in anything but a species-only tank.
Anything with teeth, and puffers have bigger teeth than most other fish, is likely to cause a problem at some stage.
A tankful of them would be pretty awesome though.

Same as really. Species only tank is your best bet. Even if they can't eat the other fish, they will try and nibble on their fins.
Back to Basics
Poecilia Wingei Biotope
Betta Cube - Sunken Forest
Top

The article itself states they can be fin nippers. And if my eyes don't deceive me, you've got two dwarf gouramis in there, which would then be the obvious target.

Also, this is second hand experience, when I was young our neighbour got a puffer fish to deal with the snails in his tank (like people do with clown loaches nowadays). Unfortunately, the puffer hadn't read the job description and very quickly took aim at the livebearers' eyes. He went back to the shop pretty pronto.
Top
Post Reply
6 posts • Page 1 of 1

Return to “Species not listed above”