Feel free to talk about anything and everything in this board.
Forum suggestion always welcome. All things non-fishy related.
Post Reply
13 posts

Got a letter today (post late of course) asking me to go to local health centre at 4:30pm Sunday (tomorrow) for the first injection. thereafter to get the second one on Januiary 10th and futhermore to prepare to attend before Easter (April 4th) for blood tests. Now, I don't mind being bayonated, shot by rifles rounds, or even blown up by artillery, but I HATE blood tests. That, if anything, has ruined 2021 for me. I'll keep you informed and in the meantime will be looking for some country which doesn't have an extradition treaty with Barnard Castle. 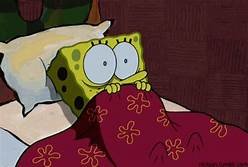 The voices in my head may not be real, but they have some great ideas!
Top

Good luck with that.
I'm ok as long as I don't see the needle coming near me, it's my one fear, even though I get on ok with syringes for fish use......
Top

I did a hypodermic course about 7-8 years ago when I worked on a dairy farm. Never actually used one, which I'm very glad about as I'd struggle to want to push it though skin. I hate needles, but looking forward to this jab and hoping it works so life can be normal again.
Discus, Corydoras, Loracaridinae, Dwarf Cichlids.
Top

I'm another who does not like needles.
I went for a blood test on Friday last.
I told the nurse to be gentle with me and she was.
I hardly felt the prick.
6 foot (550L) - Rio Ucayali themed
9 x juvenile Biotodoma Cupido, 54 x Paracheirodon innesi, 23 x Thayeria boehlkei, 29 x Gold Laser Cory (CW010), 2 x Flash pleco (L204) named George & Mildred

I get the vaccinations but why do they make you have a blood test after?
Gravel River tank 260l Tank Log

Well dear forum friends, I had the jab at the time selected and was quite surprised at how organised the process was, although Barnard Castle is a very small community, (about 5, 600 +) . We were “jabbed” in batches of 4 with one nurse doing the jabbing and another the bureaucracy for each “jabbee”. Part of the process was being given a bit of paper with the actual time of the injection and then sent to a waiting room. Here we sat staring at the clock and a large sign which told us we couldn’t leave until 15 minutes had passed, the time was taken by us sitting wondering who was going to be the first to keel over ! Fortunately no-one did. Before we could leave, a nurse who was watching us like a hawk, checked that bit of paper with the time of our injection, ascertaining that we did in fact wait 15 minutes. If there are any side-effects I will report on them as they appear.
BTW, the vacicine I received was that by Pfizer.
I attached the pamphlet we were given on this page.
The injection itself was of course painless (honestly!) and I had to check that it had indeed been performed. This was totally unlike that which we received when joining the army. Here we lined upon single file (naked of course, having just been subjected to the “cough” assessment; lady readers may ask their menfolk what that entailed!) and 2 medics walked down the line. One stuck a needle in our right arms while the second followed with a box of whatever medicine they were prodding us with. The needle was only changed when some unfortunate yelled out as the blunt instrument failed to penetrate his skin. Having done the right side when reaching the end of the queue, the duo turned smart right and proceeded to inflict similar damage to our left arms. I think we had about 4 or 5 different vaccines that one time. TAB1, TAB2, Anti yellow fever, anti whatever…. You get the idea. If the subject didn’t feelo unwell the next day on parade, it was assumed that the vaccines hadn’t taken and the poor chap was attacked a second time. A side effect of one of the vaccines was a very nasty painful stiffening of the limb muscles, so naturally the army’s solution was an hour’s stint at press-ups and gymnastics, the theory being that those who didn’t groan and stagger were the ones who needed a second dose. 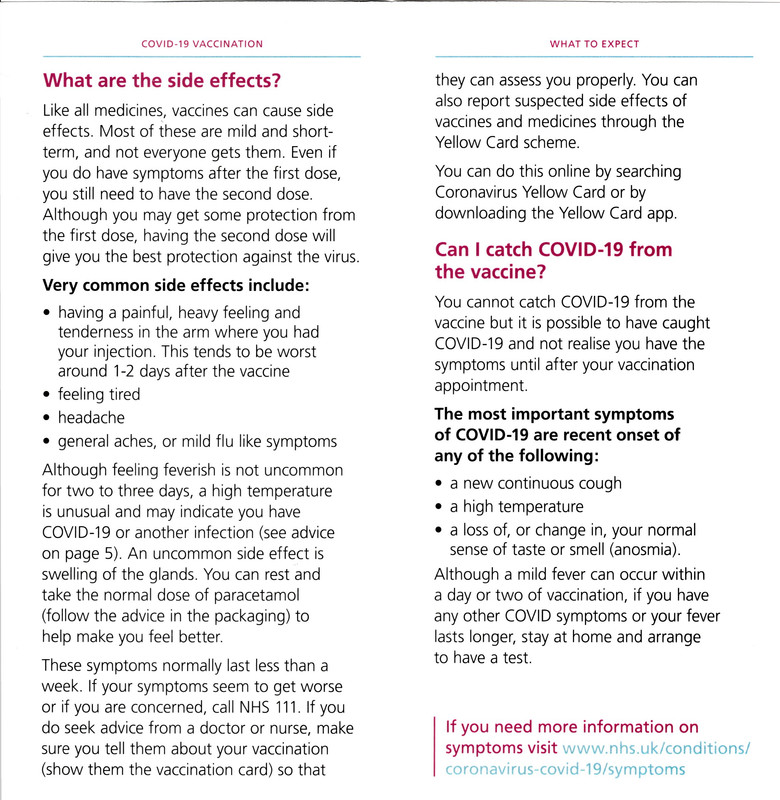 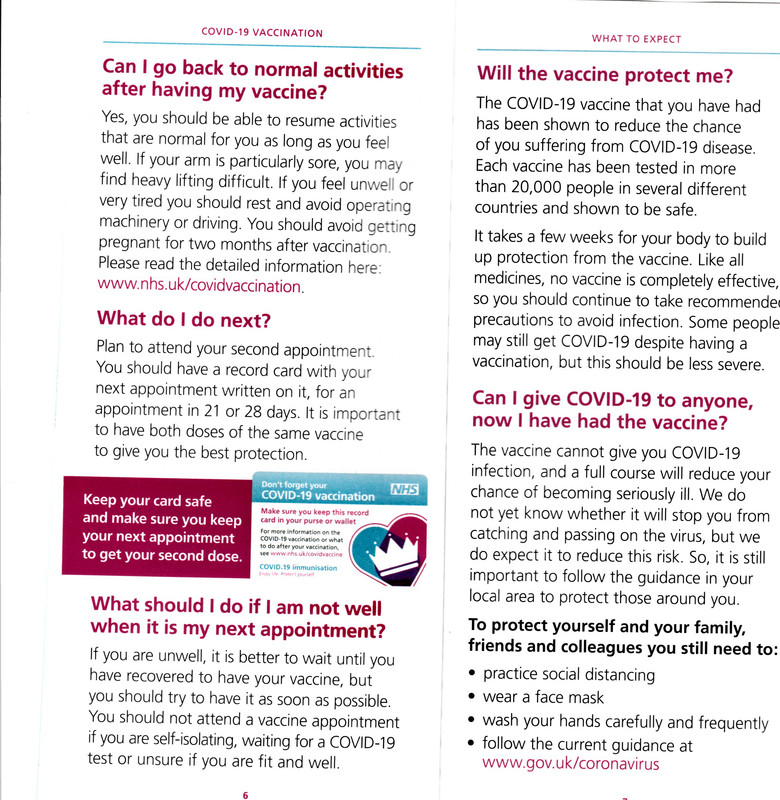 @Lee_k I guess the blood test is to determine that the anti-bodies are still in the blood stream. Bear in mind that this may only be for the over-80 year olds. (like me)

The voices in my head may not be real, but they have some great ideas!
Top

Information for those who have yet to receive the COVID injections. I had the second jab on Sunday, 3 days ago, and am glad to say that the after effects were negligible. On Monday I had a mild headache which lasted until late evening, despite me having taken aspirin, as well as very mild dose of nasal catarrh. No effects today. Also glad to report that I don’t seem to have passed the virus to my fish. Keep well and safe, dear forum friends.
Last edited by Jon_D on Wed Jan 13, 2021 16:01 pm, edited 1 time in total.
The voices in my head may not be real, but they have some great ideas!
Top
Post Reply
13 posts