A place to keep us informed of the goings on in your tanks. - Tank Logs
Post Reply
394 posts

It's my birthday in a few weeks so after a trip to maidenhead aquatics yesterday we came away with a supafish home 60, and a big azalea root as early presents off zarra.

We stopped by a shop on the way home and I got a bag of seachem flourite dark some sera siporax, and some rocks.

After a busy day I got the tank in place. I put a bag of siporax under the filter and took the carbon pellets out of the foam and jammed some siporax in there. I put 2 layers of floss above the foam and before the pump as well.

Today I've tried the azalea root in and eyed the rocks up outside the tank. Heres what I've got now. I am getting a back light tomorrow. 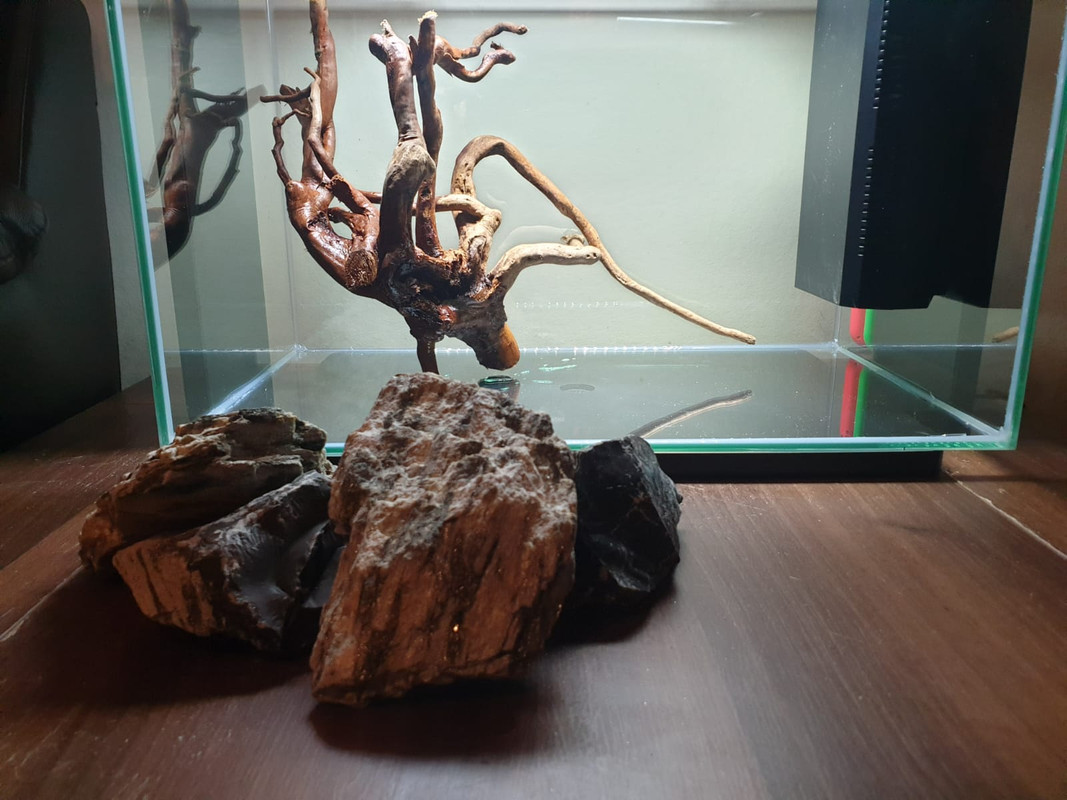 I got the back light temporarily set up this morning. Very happy with the look of it. 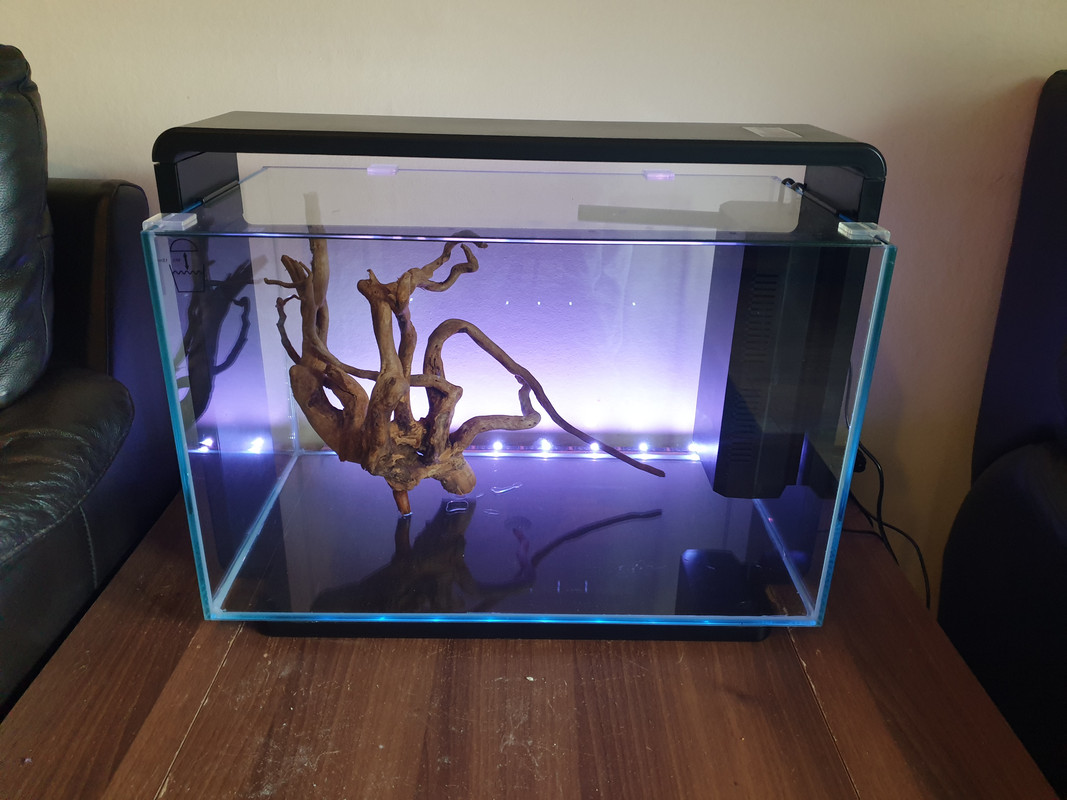 Also washed my first bag of flourite. It's not fun. I would have lost the finest grains of substrate if I hadn't washed it all into a bucket. I drained it off and mixed it back in with the rest.

Surely you mean YOU not the boss will have to pay for a new kitchen sieve?

They always get their way, always!

Better keep her happy then, otherwise you'll die of starvation!

Better keep her happy then, otherwise you'll die of starvation!

This afternoon I got my clean substrate in and me and Zarra got the rocks and azalea root in place.

I need one more rock to go at the back left side of the root to support the raised part but it's looking good. Theres another bag of flourite on the way then I'll start looking at plants. 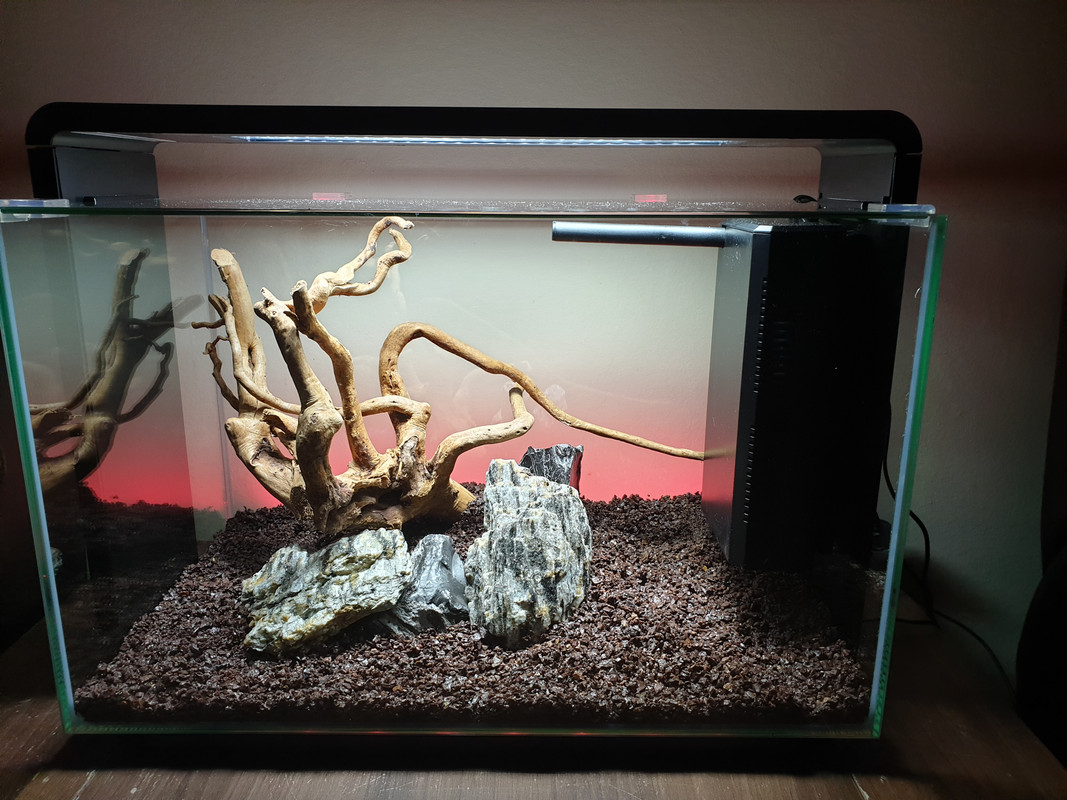 Back light only pic. 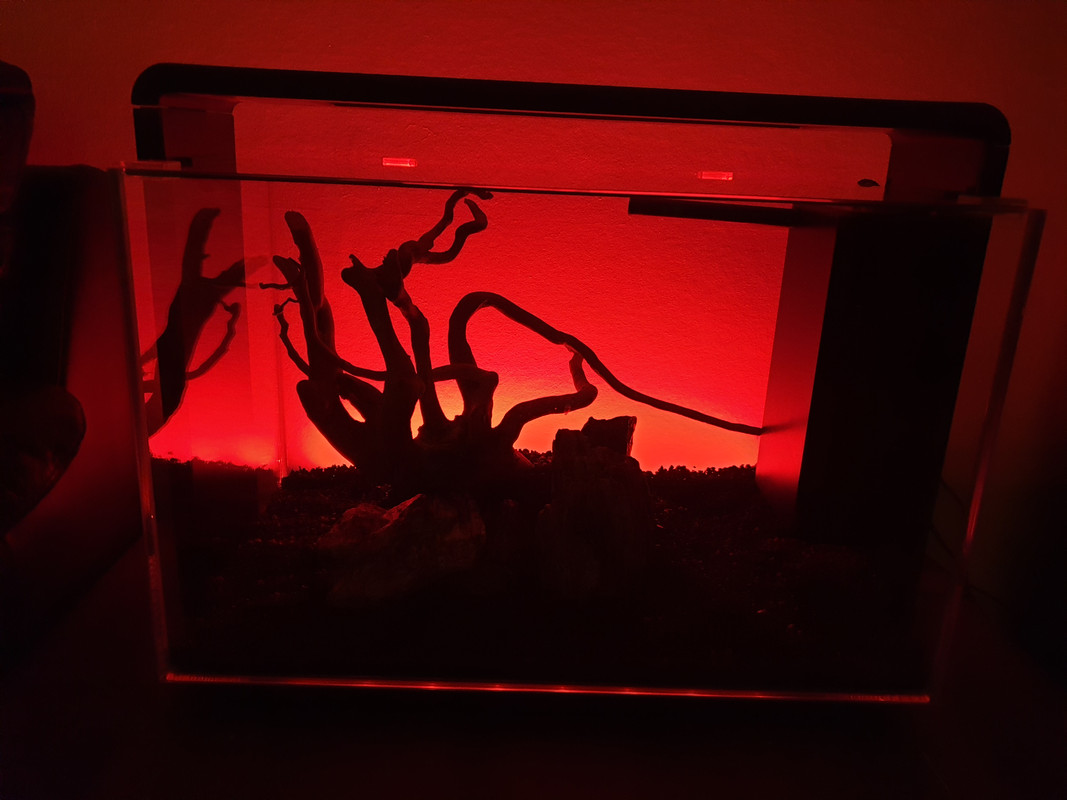 I have two superfish home tanks - I have a 60ltr (not using at the moment) and an 80ltr which is running now.

I would strongly suggest that you take out the inbuilt plastic filter box and just attach the filter and heater directly to the glass. Unless of course they've changed the design, but I can't tell from the pics.

I had the filter box in place and had problem after problem with fish getting in through the gap on the side and dying (this happened to a stunning betta as well as smaller fish) or managing to strand themselves on top of the filter as you can't control the height. I tried blocking the gap in the side of the housing with foam but it's not a great solution.

If you remove the housing, the fish can't get 'in' and you can also make sure they don't get stuck on top.

It's really easy to do. The box in my 80 was only fixed by four blobs of silicon. All you need is a thin blade to get in behind it. You then have the choice of where you want the filter as well.

Having lost fish it's a quick and simple fix....

You will also find that at some point, the end cap on the spray bar will ping off and no matter how many times you put it back it will keep doing it. When I used the filter and bar that came with the tank I eventually wadded up foam in the end to stop my fish being blasted across the tank!

'Take wasps,' Death continued. 'Wasps are made entirely from bastard. Whose grand design are they part of?'
Top
Post Reply
394 posts