A place to keep us informed of the goings on in your tanks. - Tank Logs
Post Reply
153 posts

My favourite fish before I kept Discus was Cory's. I've kept multiple species and bred a few as well, but as I have a new tank set up and ready to go, I thought I'd separate my tank logs in to Operation Discus and Operation Corydoras (& friends). I will put a complete list of what I've bought and spawned before, however I can't remember my password for planet catfish

I've just picked up some new Cory's as well. More about them later but they are absolute sausages! MA at Cadbury Garden centre has a really impressive selection of Cory's at the moment, some spawning in the shop tanks. Huge fish!
Discus, Corydoras, Loracaridinae, Dwarf Cichlids.
Top

Ooh what type did you get? Love cories!
Top

C.Weitzmani, big fat ones, pics later! I've had them before but they're my favourite and these were in too good of a condition to turn down. The Cory's today were really impressive, I could have bought a shed load! They had some C.Sipaliwini which I'd never seen before. They're from the Suriname so whether they were the real deal or not I doubt (I assume there's still no fish coming in from the Suriname?). I'll have a look in a month to see if they still have them.

Anyway, here's the list of what I've previously kept:
Aspidoras Paucirodiatus (Now considered a Cory I believe)
Brochis Splendens
C.Septentrionalis
C. Napoensis (S)
C.Aeneus + albino (S)
CW010 (Gold Lasers) (S)
C.Venezuelanus (S)
C.Zygatus
C.Sodalis
C.Arcuatis/Granti (Whatever they're called these days)
C.Concolor (S)
C.Copei (I'd love another group of these, going to try and buy my old fish back)
C.Duplicareus
C.Habrosus
C.Panda
C048
C.Sterbai (S)
C.Weitzmani (The size of the new ones hopefully this will have an (S) next to it soon)
Schleromystax Barbatus.

Did I mention I find them addictive?!

I sold everything above as I had some major issues with my epilepsy for a while, but I'm back for collecting some new ones. 19 and counting. I'll turf out some old pictures later.
Discus, Corydoras, Loracaridinae, Dwarf Cichlids.
Top 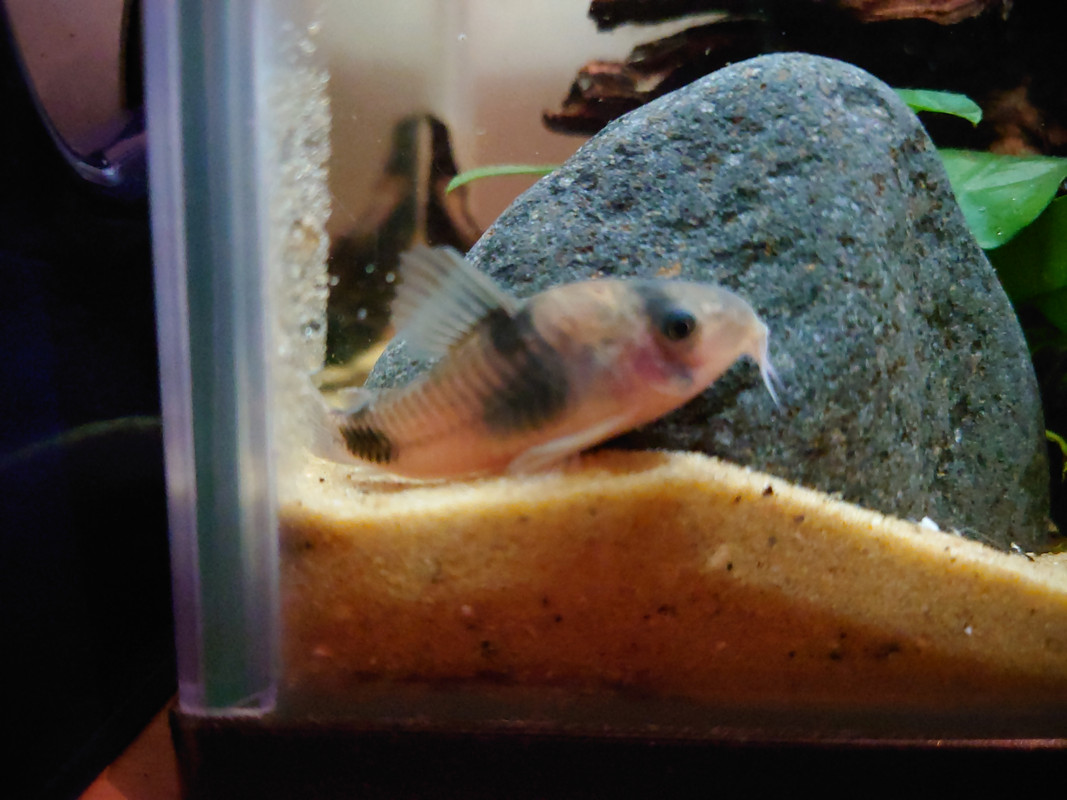 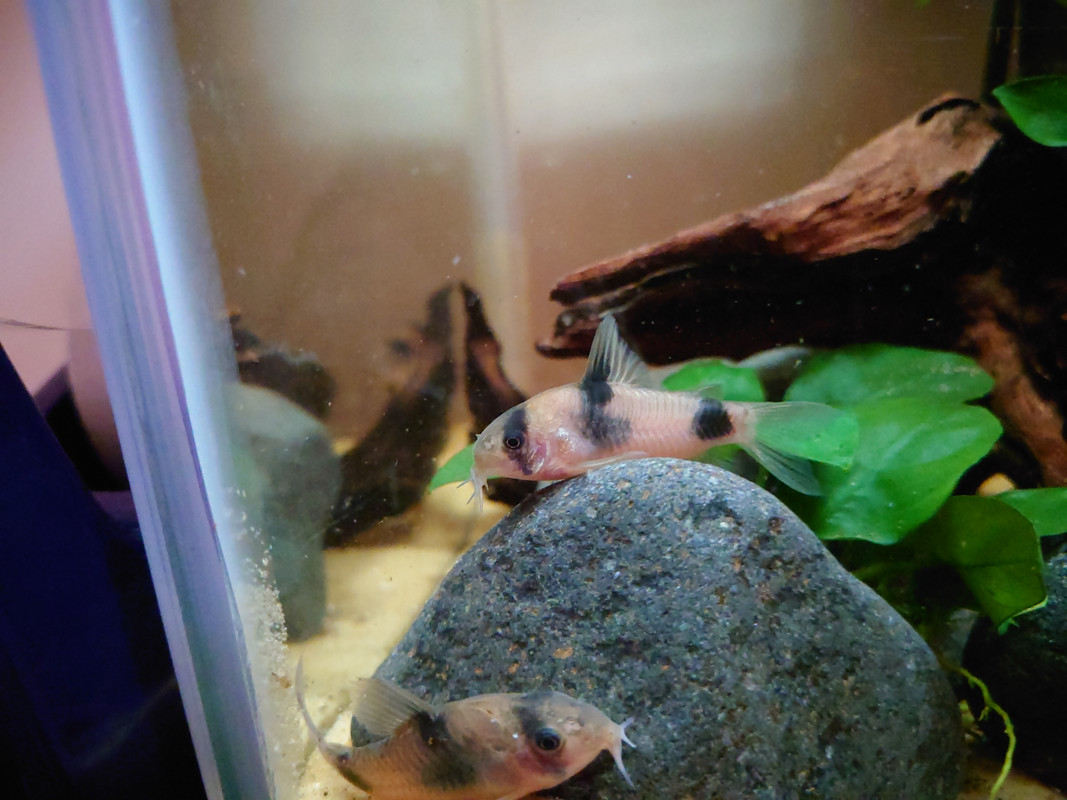 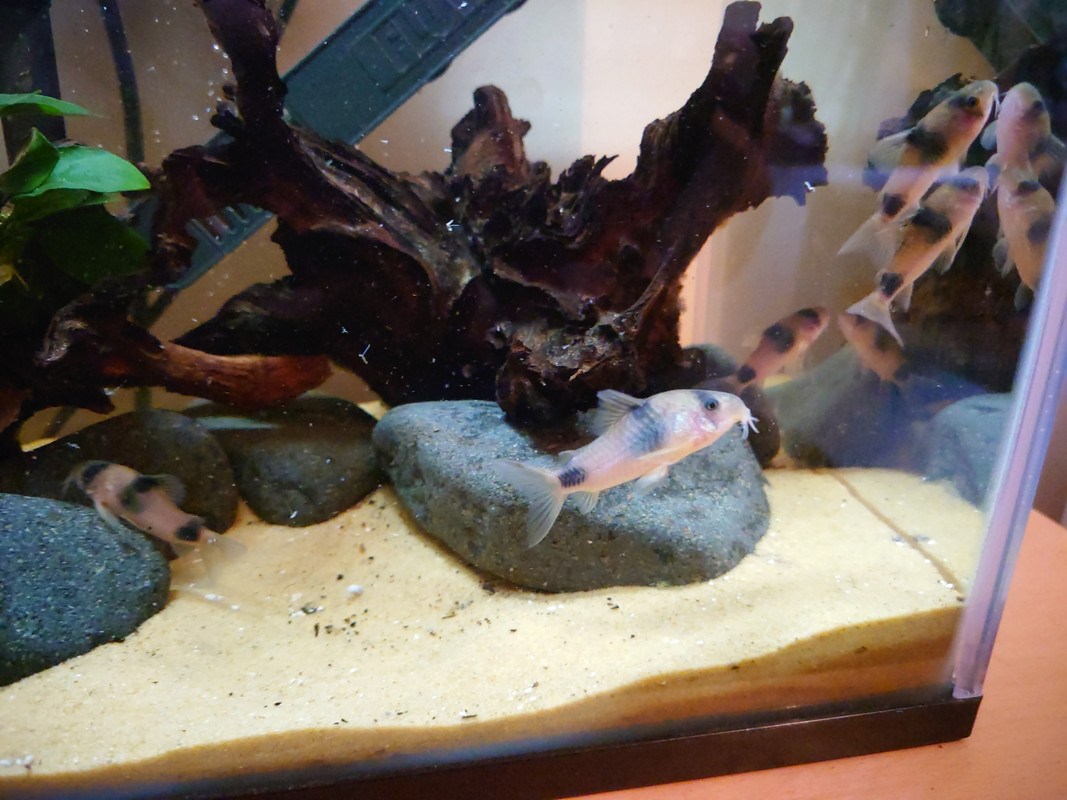 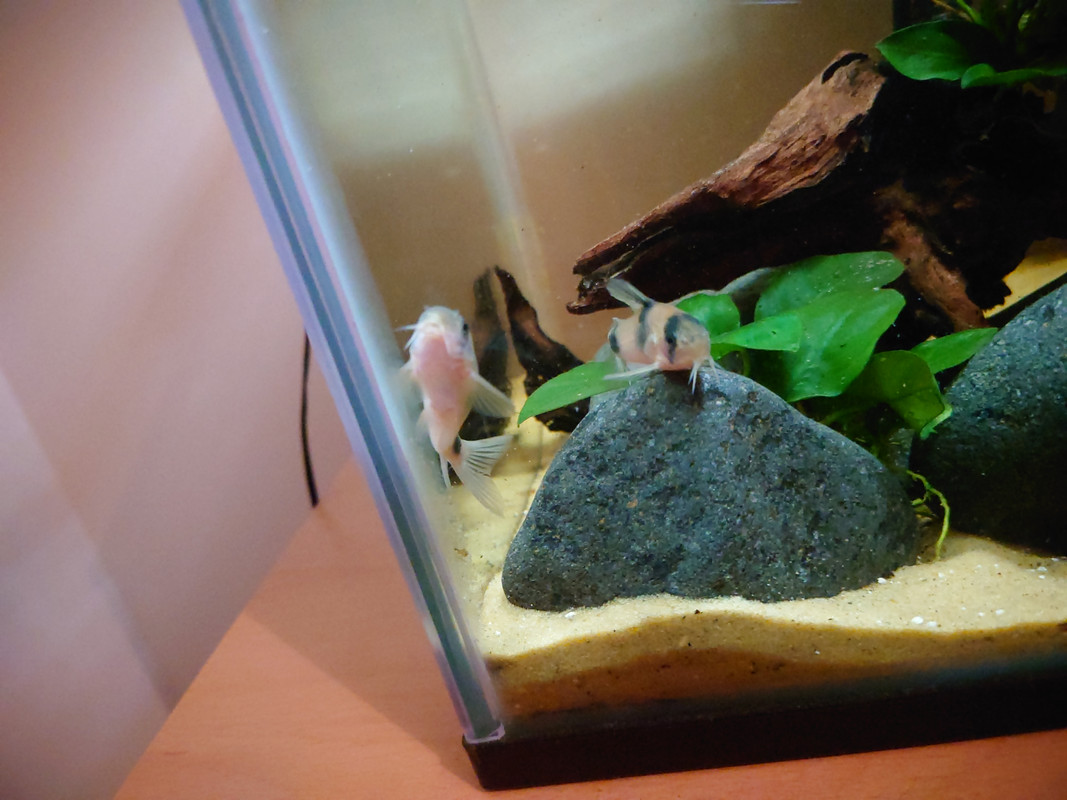 Wouldn't be surprised if they didn't spawn in the next couple of days...
This tank is temporary by the way, it was the Betta's, which will be back but is currently with my mother in law (I cycled a tank for her so put the betta in until she can get fish in a couple of weeks). They will be heading to the Roma.
Discus, Corydoras, Loracaridinae, Dwarf Cichlids.
Top

Gorgeous fish! They look in amazing condition. Love a nice chunky cory. Wish I lived nearer that MA, it sounds like they have an impressive selection. I am hoping for a trip to Aqualife Leyland soon who are similarly cory specialists.
Top

Suse wrote: ↑Sat Oct 17, 2020 16:31 pm Gorgeous fish! They look in amazing condition. Love a nice chunky cory. Wish I lived nearer that MA, it sounds like they have an impressive selection. I am hoping for a trip to Aqualife Leyland soon who are similarly cory specialists.

I think you'll get better Cory's up north, hard to find good ones down here. I've heard of pier and aqualife, they're on my big road trip list. Visited rare aquatics when they were still going and they were by far the best shop I've visited.
Discus, Corydoras, Loracaridinae, Dwarf Cichlids.
Top

Suse wrote: ↑Sat Oct 17, 2020 16:31 pm Gorgeous fish! They look in amazing condition. Love a nice chunky cory. Wish I lived nearer that MA, it sounds like they have an impressive selection. I am hoping for a trip to Aqualife Leyland soon who are similarly cory specialists.

Aqualife Leyland is a great place. Visited with Paul some years ago.

What I thought to be strange was that most Corys were on gravel. But they all seemed to be great.

And then Pier Aquatics ! Fingerlicking good. Ohh no that's another brand
Top

Did you see this vid Ben ?

Nice! Quite helpful to see the leaf litter, I was considering collecting some oak leaves on tomorrow's trek so I'll definitely pick up a few. I still fancy that they'll spawn in the next day or so, the female is trying to entice the males but they don't seem to have worked out what to do yet.
Discus, Corydoras, Loracaridinae, Dwarf Cichlids.
Top
Post Reply
153 posts