A place to keep us informed of the goings on in your tanks. - Tank Logs
Post Reply
68 posts

If the cabinet is in good condition then I'd go for the hood mod option, once you aren't tied to proprietary lights life is much better.
The lights I bought are pretty thin, flat and easily attached to other stuff, they could probably be attached to the underneath of the old light fitting.
Top

Fluval don't make either the Aquasky or Plant that will fit a 6 foot aquarium.
I have looked.

I was thinking of bolt together options, the nice thing about LEDs is that cheap ones grow plants just as well. The timers seem to be naff but that's easy to replace.
https://www.ebay.co.uk/itm/234281358822 ... media=COPY
Top

You can buy 180cm lights too

In The Shallows
Top

LookoutTrout wrote: ↑Fri Aug 05, 2022 21:32 pm If the cabinet is in good condition then I'd go for the hood mod option, once you aren't tied to proprietary lights life is much better.
The lights I bought are pretty thin, flat and easily attached to other stuff, they could probably be attached to the underneath of the old light fitting.

There's not enough room to attach any lights to the underside of the existing fittings due to the existing lights being too close to the glass struts.

Paul has glass covers on his aquarium, there's no covers on mine except for the flaps and existing light fittings.

I saw those lights from China, no UK safety mark.

I do prefer things that are supplied by the manufacturer and carry a warranty.
I did message a custom build aquarium supplier who can fit Fluval Aquasky LEDs to their custom build aquariums, but they couldn't be bothered to reply.
I haven't bought the new aquarium yet as I need to make room for it by selling the existing one first. So plenty of time before I order a new aquarium.
6 foot (550L) - Rio Negro themed

What about pendant lighting if you have glass covers?
Betta Cube - Sunken Forest
Back to Basics
Back 2 Basics
Fr499y’s shrimp tank

In The Shallows
Top

I don't have glass covers and not keen on pendant lighting.
Thanks for the suggestion though.

I will be changing the aquarium and not patching it up.
It's a bit like changing a car every few years (which incidentally we have just done).
The current aquarium is obsolete, tube lighting is out of date and LEDs is the way to go.
A new aquarium brings new excitement and something to look forward to.

Stephen wrote: ↑Fri Jun 10, 2022 17:42 pm I have been thinking for quite a while; maybe just dreaming but quite seriously thinking.

6 foot (600L) aquarium custom made (maybe 700L or 800L).
LED lighting that is customisable (dimming, adjustable colouration, etc.. that type of lighting)
RO water to remove all the impurities but remineralised. Held in 2 x 200L water butts. I need to reduce the amount of phosphates in the tap water and my own RO system will do this.

So the custom build is a no go. I hate it when companies can't be bothered to reply.
I was interested in the Fluval Aquasky lighting as it's programmable and it could be fitted to a custom built aquarium's hood.

There is still several weeks between now, selling existing equipment, buying a new aquarium and stocking.
Anything can happen in that time.
The new aquarium can be anything from 450L to 800L and I remain a little open-minded on that.
Everything (so far) is pointing to the Juwel Rio 450L as my best option.
6 foot (550L) - Rio Negro themed 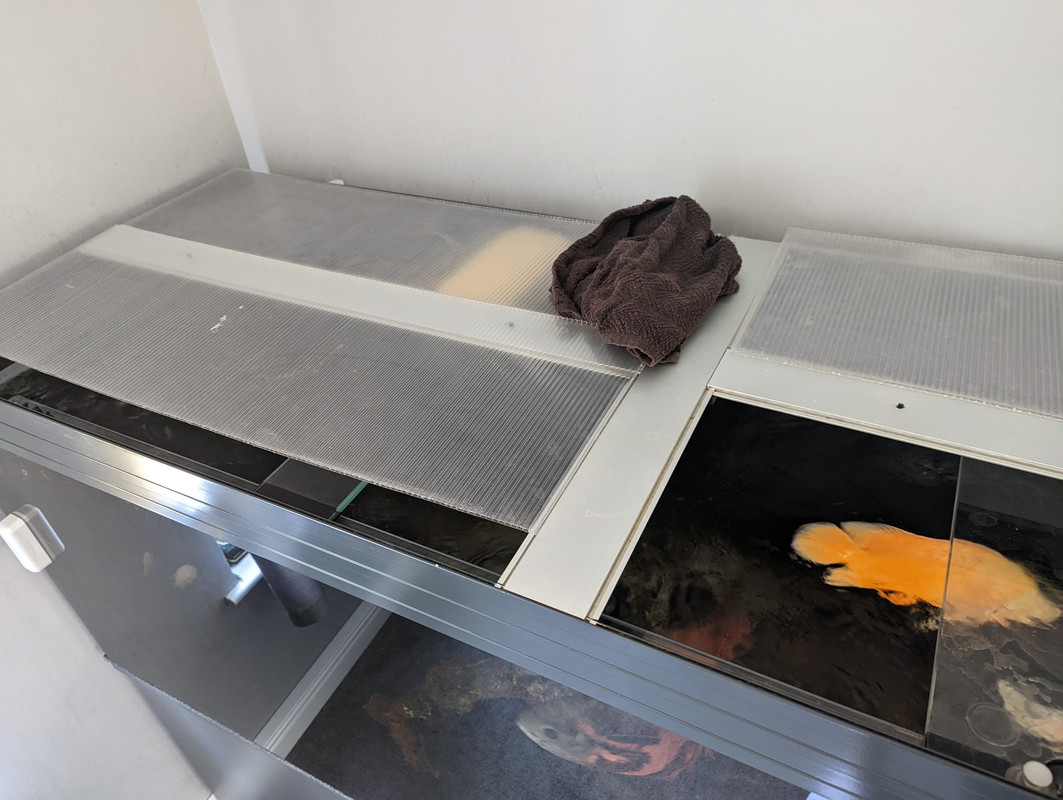 I have this Ali cross section that I drilled holes and fed a cable tie in each end to hold the light. I have 2 Aquasky. I chose them as they are fully waterproof. 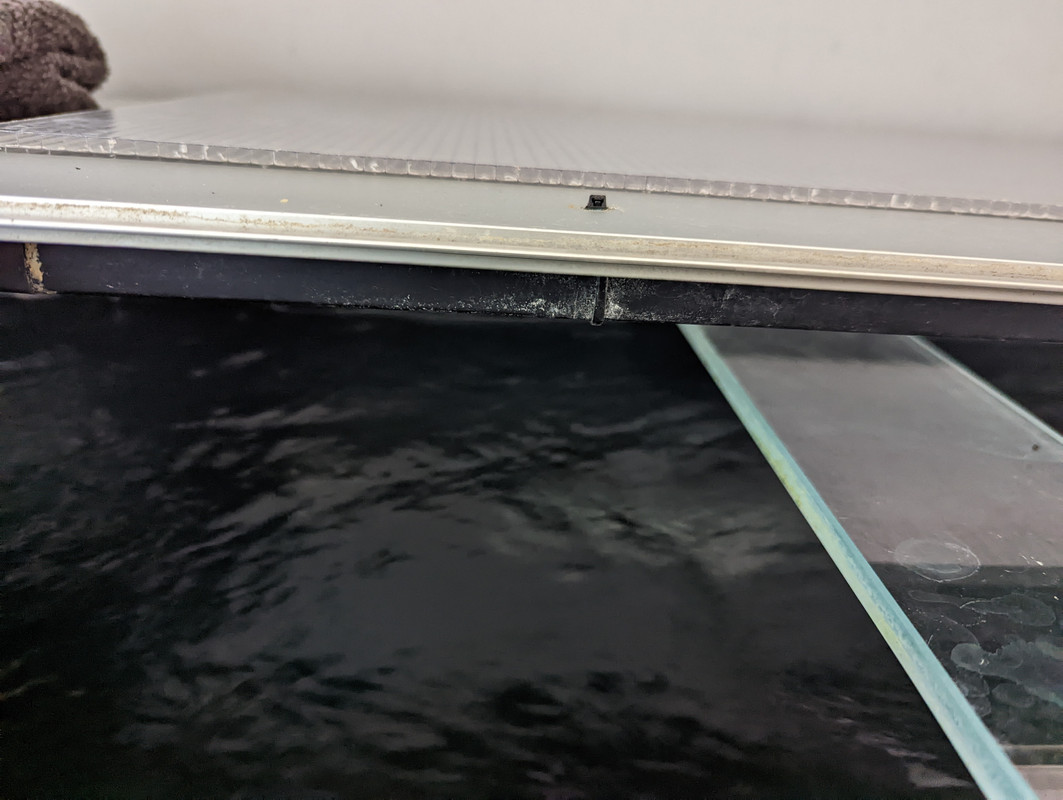 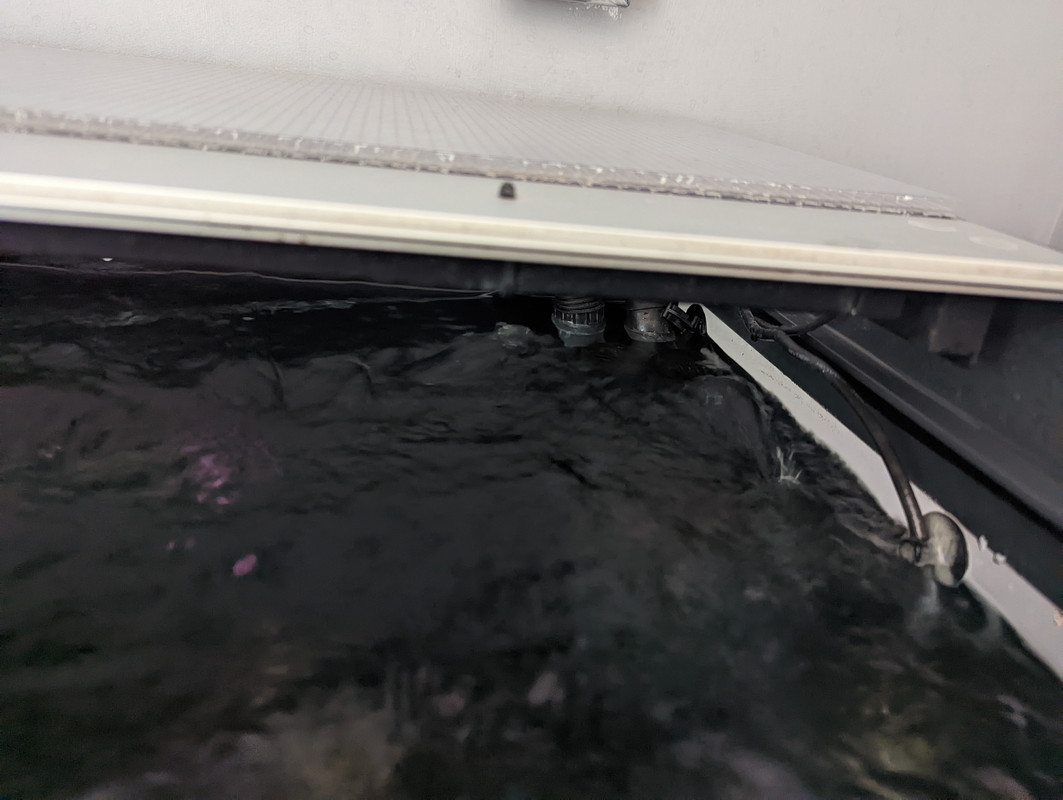 I don't use half the features as I don't have plants but I do like having a sunrise and sunset.
Can't fault the lights so far, not had a single problem with them
Top

Try NACD aquariums on eBay, my last tank cost me £35

I got quotes of over £100 for the same size.
Betta Cube - Sunken Forest
Back to Basics
Back 2 Basics
Fr499y’s shrimp tank