Hi, I'm desperately seeking some advice on some health issues my Betta is experiencing and am really worried about him

I've had him since January and this is the first time he's shown any signs of illness. Initially he had a small tear on his dorsal fin, I put this down to being caught on a small rock cave I made, so I removed this. I tested the water and the nitrate was coming out quite high, so did a 50% water change. My KH is quite low (3 dKH), so the pH in the aquarium has altered (not too drastically). I have purchased some crushed coral to add to the filter but am yet to add it as I am worried about causing more harm. What should I do?

A day after this, I noticed some more tears on his caudal fin so figured it was fin rot. I started to treat with Myxazin. I am now on day 3 of the 5 day treatment and started to notice some small white spots on his pectoral fins! I am so devastated. I have purchased API's White Spot Cure, but obviously being halfway through the Myxazin treatment I am really unsure on what the best thing is to do here. I know I can't use both treatments at once. I know if I do treat the White Spot, I will have to move my snail into another tank as well.

- Tank = 28L Interpet Aqua Cube with minimal flow
- Betta = short-finned Plakat
- Tank mates = single Nerite snail
- Temp = 26 degrees Celsius (with the recent heatwave, there was a small spike in the temperature but nothing drastic)
- Decor = Amazon Sword, moss balls, coconut cave, silk leaf rest, Indian almond leaves
- Maintenance = weekly water changes of 25-50%, using Prime as a water conditioner
- Ammonia = 0
- Nitrite = 0
- Nitrate = 40
- pH = 7.6 (initially my tap water was testing at 6.6 when I first started out and now it is at 7.6). It has gone as low as 6.2 in the tank, which is why I considered adding some crushed coral
- Food = gets a variety of frozen foods and two different brands of dried pellets

I'm guessing this has been caused by either the heat wave, the high nitrates, or the pH swings. I'm just really unsure on the best thing to do at this point. Apologies about the long post, just really wanted to add as much information as possible.

Any advice would be greatly appreciated!
Top

Firstly, did you know that it's way better to half-dose meds with labyrinth fish (betta/gourami/etc.)?
The excess will cause stress leading to secondary problems (like whitespot maybe, but we'd need pics to see if that is the problem).
Do a 50% water change, see if he picks up any, and half-dose anything in the future.
The ph isn't as critical as the hardness, but stopping it from swinging wildly in value is good.

Firstly, did you know that it's way better to half-dose meds with labyrinth fish (betta/gourami/etc.)?
The excess will cause stress leading to secondary problems (like whitespot maybe, but we'd need pics to see if that is the problem).
Do a 50% water change, see if he picks up any, and half-dose anything in the future.
The ph isn't as critical as the hardness, but stopping it from swinging wildly in value is good.

I didn't know it was best to half dose meds with them no! But I now will in the future. Why is this? I knew they couldn't have Melafix/Pimafix. 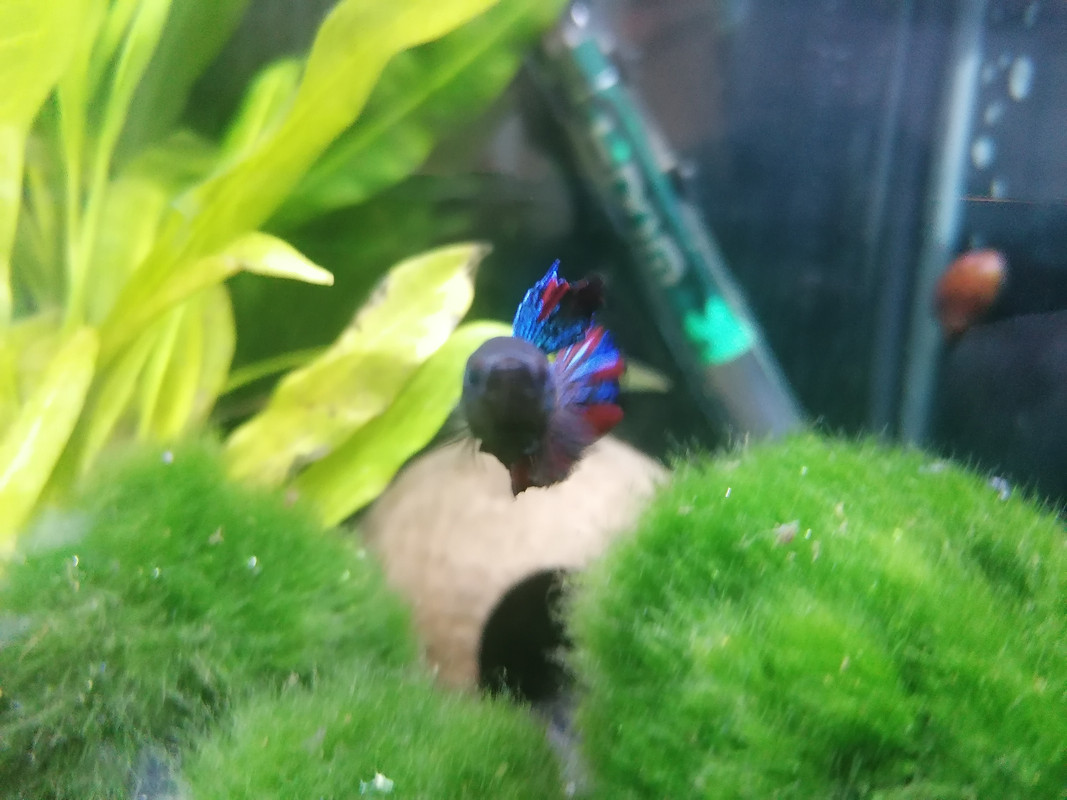 Weirdly the spots from his pectoral fins have disappeared (sorry I know the image isn't very clear)! The tears haven't gotten any worse now which is good. Would you recommend that I continue with the Myxazin, using half the dose for the final two days? Is it also still worth doing a 50% water change today?
Top

You only half dose for labyrinth fish (gourami and bettas) as meds can damage the labyrinth organ. This is the organ that allows them to breathe atmospheric air as well as breathing through their gils

Thank you for the advice

Yes to the 50% change, yes to completing the half-dose course.

Thanks for the help, he's starting to look better already!
Top
Post Reply
7 posts • Page 1 of 1